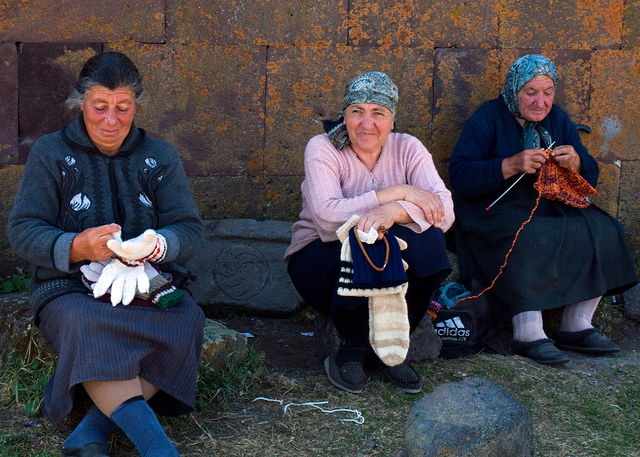 It’s time to give the floor to the ladies – more specifically, those strong women of the Caucasus, whose legends have been passed on through generations. Through stories, word of the mouth and historical evidence, we dug up some of the most remarkable stories of women whose names are still uttered with awe.

We all heard of these ladies, right? Well, historical research shows that Amazons actually are rooted in the Caucasus. One theory states that the word “amazon”, whose original is still not clear, might actually come from the name of the Circassian warrior queen, Amezon. Circassians are the most ancient indigenous people of the North Caucasus, and many historians believe that the Northern Caucasus gave home to these warrior women. Legend has it, that amazons would choose to be completely isolated from men, doing all manual labor themselves (ploughing, hunting etc.). They are also commonly said to have cut off their right breasts to improve their archery. As “exciting” as this may sound, this story, like so many others about the Amazons, belongs to the world of legends. And even though not much which is perceived as common knowledge about the Amazons overlaps with the actual complex history of the real Caucasian warrior women, it is not any less fascinating.

Leyla Mammadbeyova – Into the Clouds

Born and raised in Azerbaijan, this woman wasn’t afraid of anything! Her rise to stardom began in the 1930’s, when she was named the “Mistress of the Skies” after becoming the first woman pilot in the East. The Baku Aviation School opened in her city, and she wasted no time – she became the first woman to join the club. While doing household chores and raising two children, she spent a lot of time learning all there is to know about flying. She did not care of what people thought of her for taking on such a traditionally manly job – she became squadron leader soon after.

Silvia Kaputikian – Between Communism and Nationalism

The “grand lady of 20th century Armenian poetry” graduated the Yerevan State University in 1941, then went on to study at Gorky Institute for literature. She has received the USSR literary prize and her children’s poems remain popular until this day. Her most famous poem is “Words to My Son”, in which she emphasizes the importance of the Armenian language for the Armenian people. But Silvia Kaputikian wasn’t satisfied with only her poems becoming Armenian classics still during her lifetime,  she was also an influential political activist.

Not so long ago, in 2009, Nataran Mirvatova was promoted to major general of the Azeri army. This is the highest position in the army that a female has ever filled. Although it isn’t conventional for a woman in Azerbaijan to play such an important military role, she couldn’t be discouraged: she climbed through ranks for many years and obtained this prestigious position.

Mzetunakhavi – The Fairest of Them All

Not a specific person per se. The word’s meaning is: the most beautiful woman in the world. Many Georgian folklores feature this character, like the Pomegranate Stream. She could be a mother, a lover – kind of like the princess that needs saving in Western stories.

Other remarkable Caucasian women include: Anna Kazanijan Longobardo, the first Armenian woman to receive the Egleston Medal for Distinguished Engineering achievement; Sakina Aliyeva, who was elected Chair of the Supreme Soviet of Nakhchivan, thus becoming the first Azeri Head of Parliament.

Do you want to make your own picture of the strength of the Caucasian women? Come with us on the Caucasian Challenge for a field study and some kick-ass adventure!