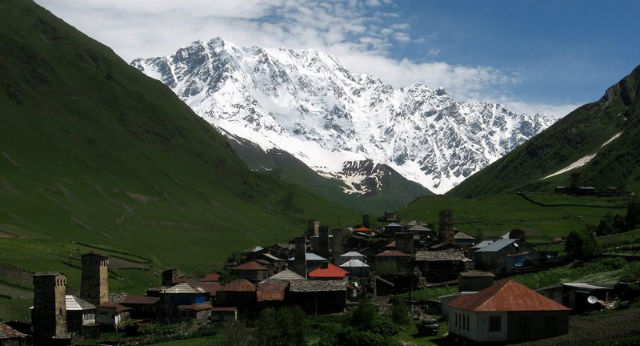 It is very safe to travel in the Caucasus.

On the edge of Europe and Asia, more famous as a destination for war reporters than tourists, people may worry whether travelling in the Caucasus is safe. We at the Travel Scientists travel to the region each year on the Caucasian Challenge, and we reckon it’s actually one of the safest areas in the world. However, if you’re still concerned then we do have a few extra tips on staying safe in the Caucasus. The truth is that for tourists, the Caucasus is safer than many other regions. Crime is low, including violent crime, so you can stroll through cities like Tbilisi or Yerevan, even at night, without concern for your well-being. Better yet, people are famously hospitable, and will be eager to help a foreigner. However, watch out for alcohol — probably the greatest health risk for a visitor to the Caucasus is excessive drunkenness. The Georgian specialty, chacha, is particularly lethal. The most dangerous location on any trip to the Caucasus will likely be the roads. In the cities driving is hectic, with poor quality fuel contributing to air pollution, but at least the traffic is relatively slow. In the mountains, though, people drive fast; insanely fast. Be prepared for marshrutka (the local style of minibus) drivers racing round corners, even on single track roads with steep plunges awaiting in the case of a crash. In fact, it’s a miracle there aren’t more crashes. Luckily, on the Caucasian Challenge we like to find the quieter, more scenic roads, where even marshrutka drivers won’t dare to drive fast. For many, the Caucasus has an air of danger due to the multiple conflicts which blighted the region in past decades. However, nowadays these are mostly ‘frozen’: ie there are no long-term solutions, but the fighting has mostly stopped. The last violence of Georgian soil was over a decade ago, and it is even possible to visit Nagorno-Karabkah, the disputed territory between Armenia and Azerbaijan.

Now, since this is out of the the way, there is nothing that could keep you from signing up for the Caucasian Challenge!

See you at the starting line in Istanbul. 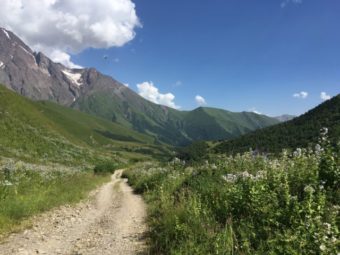 Roads of the Caucasian Challenge